Collaboration via screen-sharing over the internet is wonderful to enable distant team members. What about teams in the same office or home? How easy is it for you to collaborate, in person, on tasks involving a computer screen? A pairing station is a big welcome sign for collaboration.

To ease the setup of multiple monitors, Apple refers to Thunderbolt™ connections. However, with a capable DisplayPort™ monitor and a cheaper, mirroring monitor, docking a MacBook laptop into a pairing station can be as simple as attaching a single USB-C cable, with lower overall expenditure than with monitors offering support for Thunderbolt connections.

Why mirror? Some background on in-person pairing with mirrored displays

My partner helps me in many ways, some of them involving a screen. How can we set up a collaborative workstation, to faciliate the benefits described in pair programming? A workstation for in-person pairing includes 2 monitors that are mirrored, each with its own keyboard/mouse.

As a source computer to operate the pairing station (both monitors and peripherals), this writeup focuses on using Apple MacBook laptops from about 2013 onward, some of which have just a couple of USB-C ports, some of which have mini-Thunderbolt connectors. These varied laptops will shift into the pairing station as necessary, so the docking procedure—connecting monitor(s) and peripherals—is worthy of forethought.

Why daisy-chain DisplayPort? Some background about daisy chains, Thunderbolt, and DisplayPort technologies

A daisy chain of monitors is supported within the Thunderbolt specification, which combines DisplayPort, power, and a protocol for serial data (PCIe) into one connection. However, on its own, DisplayPort also supports daisy-chaining, and has become widespread in the marketplace of inexpensive monitors, while Thunderbolt monitors seem relatively rare and expensive. In particular, the second (and final) monitor in a pairing workstation needs much less ability than the first, and it seems a waste to purchase a monitor with unused features.

Some monitors offer not just one DisplayPort connector, but two: one for input and one for output, perfect for becoming the first monitor in a daisy chain.

In DisplayPort terminology, a daisy chain for multiple, separate displays must employ "multi-stream transport" (MST), which MacBooks do not support (instead, they support Thunderbolt). However, even a source computer without MST support can suffice for pairing: downstream monitors in a DisplayPort daisy chain can receive a mirror image of the upstream monitor.

Why focus on USB-C? Some background on monitors offering extensive USB-C support

With computer hardware trending toward USB-C, it seems wise to design to optimize for USB-C. Certain monitors offer extensive USB-C support, providing in one cable:

Optimizing for quick docking, and a couple pitfalls (gotcha's)

Given the opportunities and constraints above, a flexible pairing workstation might include a first monitor with deluxe USB-C support and dual (input and output) DisplayPort connectors. 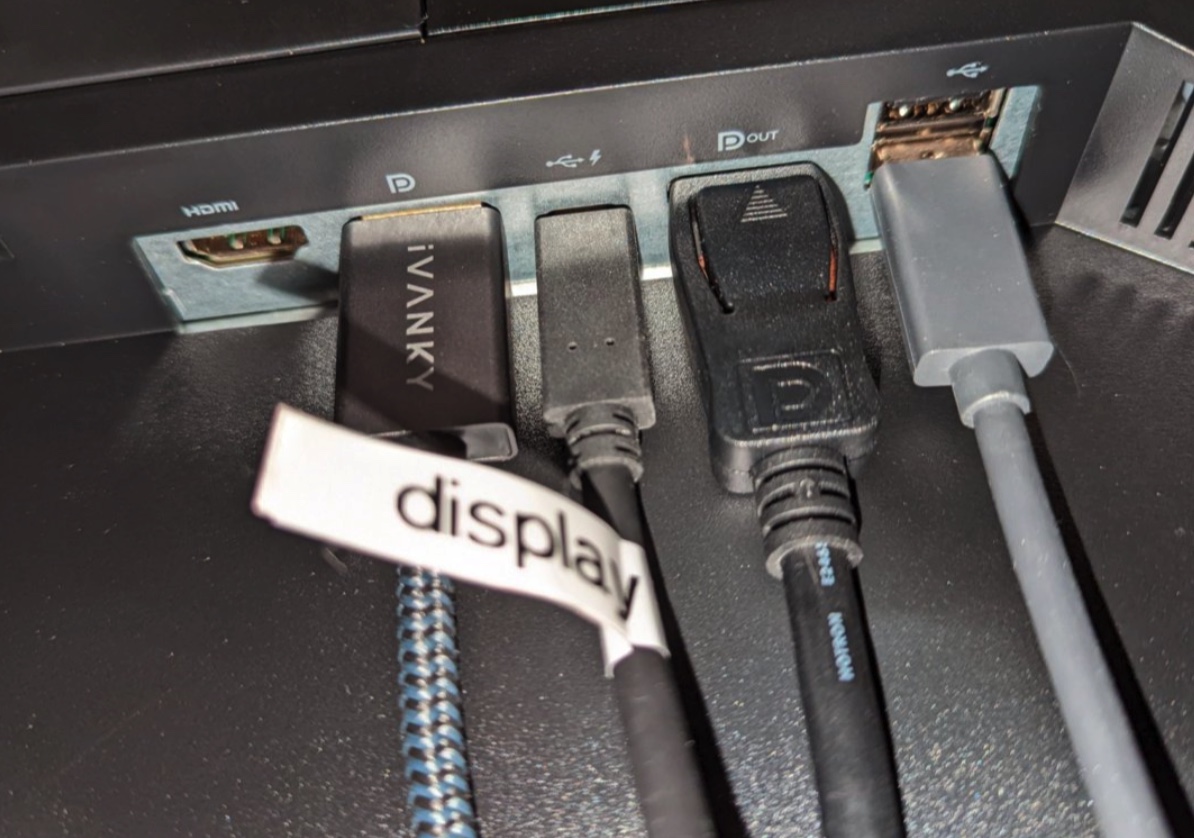 Connections on a sample, first monitor, from left:

The second, mirror display could be any inexpensive model that has the same screen size/density as the first monitor, along with at least one DisplayPort (DP) input. 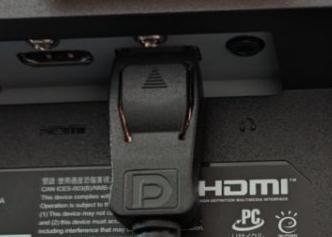 Gotcha: during debugging, it was critical to have *only* a single cable connected to the second monitor, the DisplayPort cable to its input. If an HDMI cable was left attached to the second monitor, even with no HDMI signal, that monitor would not show content from the DisplayPort connector. (One theory on this behavior: since mirroring may be considered a failure mode of DisplayPort without MST, perhaps the monitor does not register its DisplayPort connection as active when mirroring, and will prioritize any other connection?)

The second, mirroring monitor may have a setting for how often it checks for any new signal on the DisplayPort input. In the sample list below, the second monitor was adjusted to detect more quickly when a signal became available (i.e., the source computer was connected to the first monitor in the daisy chain).

The monitor setup above enables a Macbook with USB-C to dock with display, power and peripherals with a single cable. 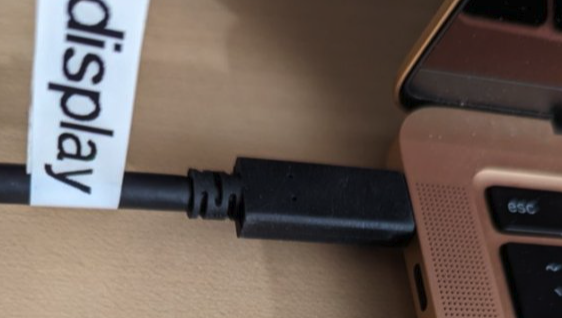 Gotcha: for Macbooks with USB-C, the USB-C cable between source computer and first monitor MUST be a special variety that supports monitor display. These cables typically ship with the USB-C monitor. (Consider labeling that cable as soon as you receive it with the monitor.) See parts list below for a sample cable.

For a Macbook without USB-C, the docking setup requires 3 connections to use the same station hardware, including a cable swap: 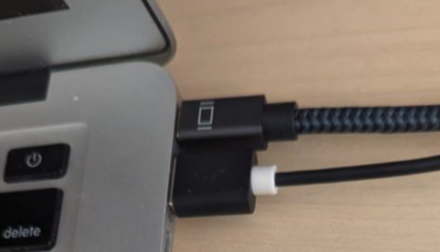 Connecting Macbook which has no USB-C

Using the second monitor as a separate (non-mirrored) display

Since many MacBooks can run two, separate, external displays, the workstation described here can also be arranged to display different views on the 2 monitors, even though the workstation was designed for mirroring. For separate displays, add a cable (with adaptors as necessary) to directly connect from one of the MacBook's display-capable ports (e.g., USB-C or mini-DisplayPort) to an appropriate input on the second monitor. When switching back to mirroring, keep in mind that left-over, unused cables that are left connected to the second display could interfere with mirroring.

The sample list below includes 27" screens with 2K density (QHD), suitable for displaying a couple of pages of code on a screen at one time. For a pairing station, any monitor with the required ports and display quality will suffice (refresh rates unimportant).

The first monitor above already includes these cables, so for reference:

Collaboration is a challenge, benefiting from forethought. Improve the chances for excellent, ad-hoc cooperation with a workstation that is a welcome and convenient space for sharing knowledge and effort.